Why Probiotics Are a Must for Type 2 Diabetics: Research

The human body is home to more than 100 trillion bacteria. In fact, bacterial cells outnumber human cells by a ratio of 10 to 1. Bacterial cells are just so much smaller that we do not even notice their presence.

Although we often think of bacteria as dangerous germs that are harmful to health, many of the bacteria in our body are actually helpful. These “good” bacteria are called probiotics. Increasing your consumption of probiotics is an excellent way to improve overall health. 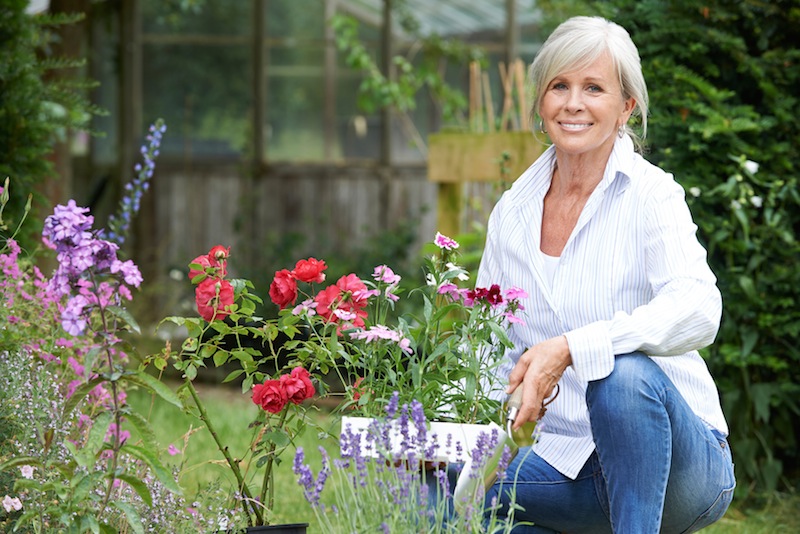 Probiotics can actually be either bacteria or yeast. These single-celled organisms rely on their human hosts (us) for survival. The trillions of bacteria colonizing our guts help significantly with digestion and other physiological processes. Any type of yeast or bacteria that has beneficial effects on health is dubbed a “probiotic.” However, not all probiotics are created equal.

Perhaps the most common class of probiotics is known as Lactobacillus. This strain of bacteria is found in yogurt and other fermented foods. For example, Lactobacillus acidophilus is known to aid digestive regulation. However, there are millions of types of probiotics. Some are more beneficial than others, and it is important to choose the right one to best aid your health.

Your body is home to a blend of “good” and “bad” microorganisms. Scientists are still not sure of the factors that influence the blend of good and bad bacteria, but genetics, diet, and lifestyle play a role. Maintaining a poor diet or unhealthy lifestyle encourages bad bacteria to flourish the intestines and other locations. This proliferation of harmful bacteria may lead to upset stomach, digestive problems, or certain diseases. Thus, taking a probiotic supplement can balance the ratio of good to bad bacteria. This corrects a number of health problems and may decrease risk of chronic disease. 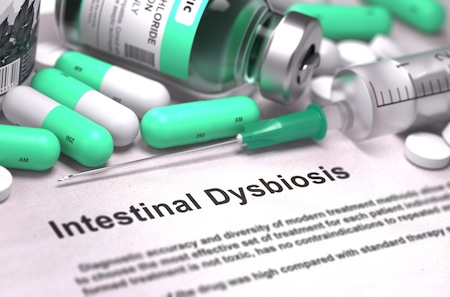 Sometimes all of the good bacteria in the gut are wiped out. For example, taking antibiotics leads to a disruption in the typical flora of the gut. Antibiotics are non-specific, meaning that they destroy bad, disease-causing bacteria as well as good probiotics.

And the antibiotics we take to get rid of infections isn't our largest source.

Dr. Mercola says, "Consider the fact that if you're eating conventionally-farmed meats, you're ingesting antibiotics with every bite, whether you know it, and approve of it, or not.

In fact, 70 percent of all antibiotics produced are used on healthy livestock, and consuming these antibiotic-laden meats may be a significant factor underlying many people's health problems."

Antibiotics create a condition known as Intestinal Dysbiosis, which can also be caused by misuse of alcohol or an inappropriate diet. Taking a probiotic supplement after a course of antibiotics or other cause can restore the healthy bacteria your body needs.

Benefits of Bacillus Coagulans for Diabetics

Scientists are just beginning to scratch the surface of probiotics, but the beneficial effects of one probiotic strain, Bacillus coagulans (originally known as Lactobacillus sporogenes and a relative of the well-known acidophilus probiotic), has been well documented in clinical research studies.

For example, a study in Japanese hospitals found that among individuals who received Bacillus coagulans, 94% experienced improvement of diarrhea while 65% had improved constipation symptoms. This finding has been replicated in several other clinical studies of adults and humans with gastrointestinal distress. Importantly, Bacillus coagulans is gentle enough to not cause irritation to the stomach but very tough on harmful bacteria that have taken hold in the intestinal environment.

Bacillus coagulans also supports immune and cellular health by fighting inflammation throughout the body. A blood protein known as C-reactive protein indicates that the body is responding to inflammation. This may be due to a cardiovascular condition, autoimmune disease, bacterial infection, or other disease. Bacillus coagulans releases molecules that reduce inflammation levels and fight off inflammation-triggering organisms. The net result is a decrease in inflammation that can curb levels of cell death and boost overall immune system health. This prepares the body to fight off the next dangerous infection even faster.

But the best news for diabetics is from a 2009 study from Universiti Sains Malaysia that reviewed multiple international studies on the effects of probiotics on humans and animals.

They all concluded that consumption of probiotics, via various mechanics and biochemical processes, reduced insulin resistance and improved glucose sensitivity that could prevent the onset of diabetes or assist in treating the condition.

This Is One Tough (But Safe) Probiotic

In response to high consumer demand, manufacturers have begun adding probiotics to a range of food products. However, there is one major barrier between probiotics and their intended destination in the intestines: the stomach. The stomach has a pH of 1.5 to 3.5, meaning that it is highly acidic. Many common antibiotics, such as Lactobacillus acidophilus, are unable to survive a journey through the stomach. This means that the bacteria are killed before they can even reach the intestines and begin exerting positive effects on health. 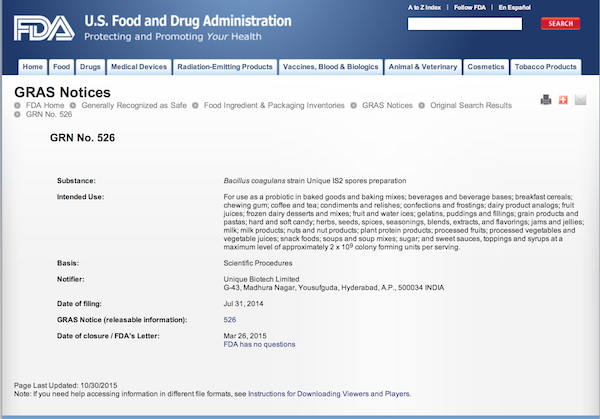 And it's not only tough, it's safe! You can use it with total confidence. Diabetic Kitchen uses a special strain of Bacillus coagulans in it's Probiotic formula. It's the trademarked Unique IS2 spore preparation. In accordance with the Food and Drug Administration's (FDA) Regulation 21 CFR 170.30, the intended use of this strain has been determined to be Generally Recognized As Safe (GRAS) based on scientific procedures. It's listed under FDA GRAS Notice GRN No. 526.

Regular use of Bacillus coagulans ensures that your gut has the defense system it needs to prevent illness and improve digestive regularity. The probiotic is available in supplement form, making it easy to get enough to protect your body. However, Bacillus coagulans is a temporary resident of the intestines, meaning that it will eventually be excreted from the body. Doses should be taken continuously, as the probiotic cultures can disappear within a week of discontinuing the supplement. On the very next page you'll get specifics about a special Bacillus coagulans formula that will give you the gut protection you need.