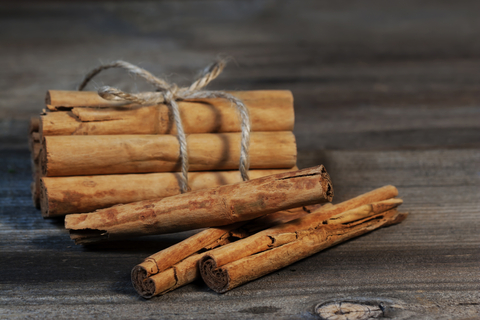 The Benefits of Cinnamon

Cinnamon rolls for good health? Well, maybe not; however, cinnamon, a well-known and favorite spice which is included as a flavorful and aromatic addition to many healthy (and some not so healthy meals), does offer some life-altering health benefits when used appropriately.

But first of all, where does cinnamon come from? Does it grow on trees? Cinnamon actually does grow on trees and is a product of the aromatic inner bark of a type of smaller evergreen tree known as Cinnamomum.

And a brief look into history tells us cinnamon was used hundreds of years ago in traditional Chinese medicine, traditional Ayurvedic medicine, and traditional European medicine. To get a better idea of how long cinnamon has really been around, the Bible also mentions cinnamon (over 130 times) and refers to it as one of the finest spices available.

Cinnamon was (and still is, in many cases), used in these practices for a variety of reasons and includes treatment for:

Many modern day herbalists in the western hemisphere also use cinnamon for similar purposes.

Research involving in vitro (test tube) and in vivo (living organisms) approaches have shown (in addition to the traditional uses for cinnamon), the spice has an effective role in supporting cardiovascular health (including lowering cholesterol), as well as enhancing the immune system.

Other benefits of cinnamon include its ability to decrease the effects that stem from:

Most of us could benefit from a health regiment that includes cinnamon but what about those of us with diabetes?

Other research studies point to cinnamon’s potential in assisting the diabetic with his or her health by increasing insulin’s activity in the body. This activity allows a higher uptake of glucose by the cells (leading to more stable blood sugar).

Cinnamon has also been shown to increase the amount of time food stays in the stomach. This is beneficial as slower gastric emptying leads to less of a rise in blood sugar; a natural occurrence after we eat.

When it comes to using cinnamon you are probably wondering if there is only one choice.  There are two primary types of cinnamon to choose from when it comes to meal preparation.

Is there a difference between these two types of cinnamon, particularly when it comes to your health?

Any other differences? Well, actually there are quite a few. The most important one being Cassia’s coumarin content; a toxic compound with blood-thinning effects and the potential to tax the liver. Heavy consumption can lead to health complications and should not be ignored.

Much of the research on the benefits associated with cinnamon intake (including its effect on glucose) has been with Cassia. That is, until now.

Published in October of this year in BioMed Central  (BMC) Complementary and Alternative Medicine, the journal of the International Society for Complementary Medicine Research, “Medicinal properties of ‘true’ cinnamon (Ceylon),” is a gathering of information from 70 different research articles which identify a vast variety of benefits including (but not limited to) many of the same benefits associated with Cassia cinnamon including the lowering of  blood glucose levels (without any significant side effects).

Still, the truth is, much more research exists supporting the benefits of using Cassia for your health than Ceylon.

CHOICES AND A SOLUTION

Safe amounts for Cassia cinnamon intake are in dispute; however, somewhere between 1/2 teaspoon and no more than 2 teaspoons seems to be the recommended dosage for adults.  Children should avoid Cassia cinnamon except in extremely small doses.

You can balance the benefits versus the risks of using Cassia cinnamon by not exceeding this dosage and using Ceylon cinnamon for any additional intake to ensure you are receiving the benefits of using cinnamon while minimizing the possibility of any toxic side effects (Ceylon can be identified as Saigon cinnamon).

If you really want to become a cinnamon snob, you will find that different regions produce different flavor profiles.  Just like wine.  You will find sweet and strong, more complex with citrus notes or smooth with less bite.  The strength of cinnamon’s flavor depends on the essential oil content.  Within the flavor profile you can find different grades as well.  The varieties that we find in our grocery stores are the lower grades of cinnamon.   So do some research and find the cinnamon profile that you like the best.  Your taste buds will thank you!

Emeril, the celebrity chef, restaurant entrepreneur, TV personality, and author of numerous cookbooks, supports the use of cinnamon on a daily basis. He is quoted as saying:
“I can’t tell you enough about cinnamon. Cinnamon is an awesome spice to use and it goes great with something like apples in the morning or in a mixture of fruit or in your oatmeal or even in your cereal.”

Emeril neglected to mention how cinnamon can add value to a variety of other foods too, including sweet potatoes, rice pudding, granola, whole grain breads, waffles, curries, black beans, and even smoothies.

Perhaps Emeril is so expressive about cinnamon because he knows the popular spice adds manganese, fiber, and calcium to the diet too. The George Mateljan Foundation, a not-for-profit organization, is keenly aware of cinnamon’s nutritional value as well as the benefits it provides. In fact, the foundation touts cinnamon as one of the world’s healthiest foods making it a superfood.

CINNAMON AS A SUPERFOOD

A superfood is a food, which contains phytonutrients, vitamins, minerals, and/or antioxidants in amounts high enough to be considered beneficial in terms of decreasing the risk of illness or contributing to health in any number of ways.  Cinnamon certainly qualifies, as do many other foods. In addition to cinnamon, consider seeking out these other superfoods (think blueberries and dark leafy greens), for your overall health, and if you have diabetes, for managing your disease in an optimal way.

*It should be noted that as beneficial as cinnamon is for overall health and those with diabetes there may be certain drug interactions when taking cinnamon extract supplements. 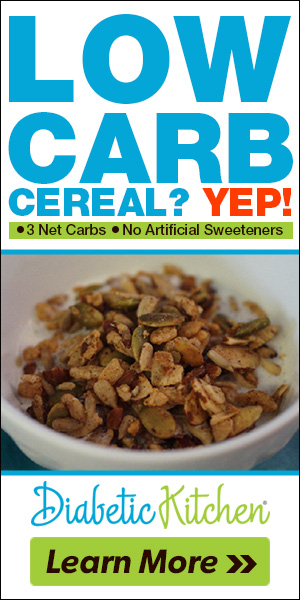