This is delicious decadent. It combines two desserts of your favorites:  gourmet brownies and cheesecake. Each square has 3.5 grams net carbs! You will not believe its Keto and low carb and actually good for you. 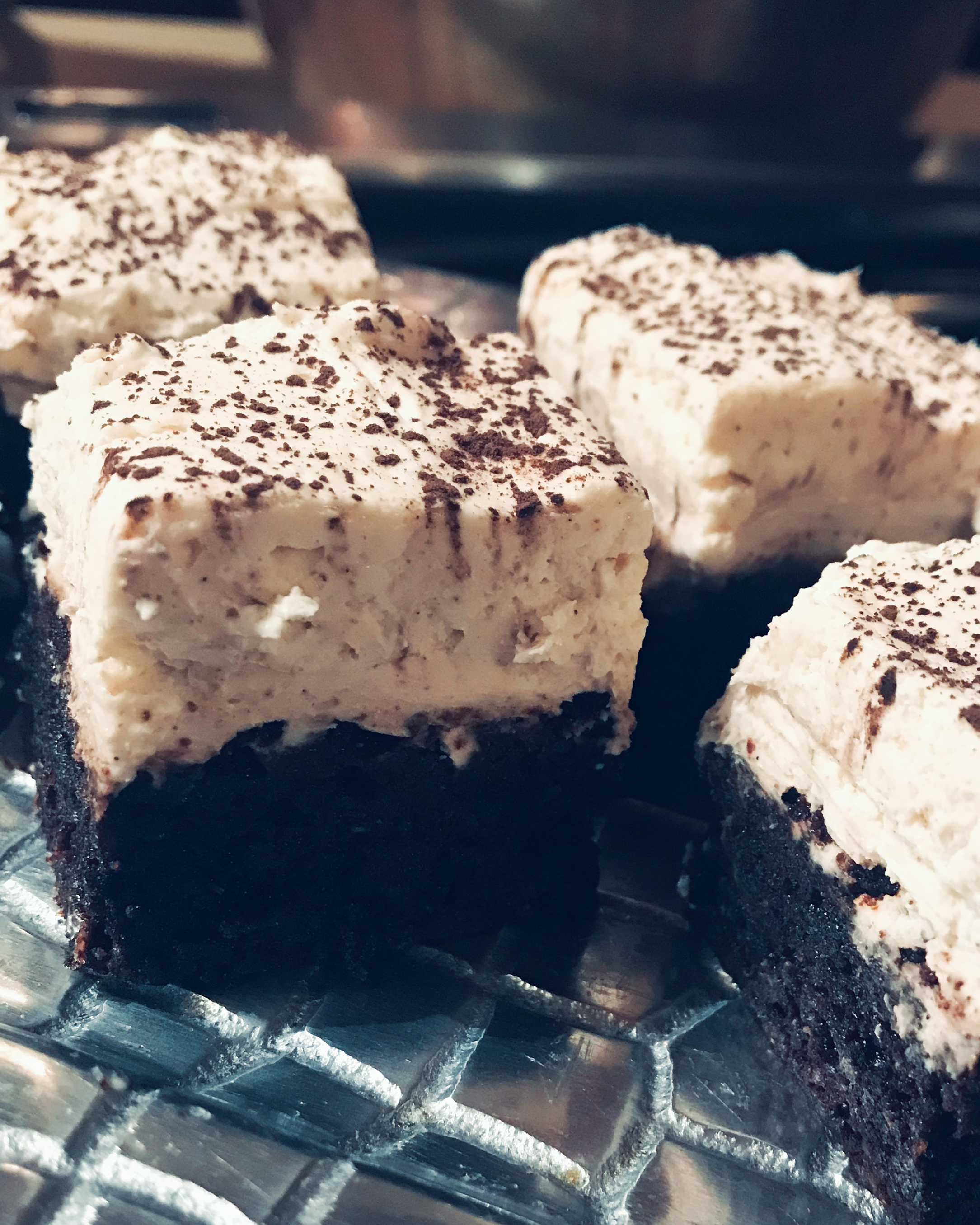 All you have to do is use our Gourmet Brownie mix as the base and add the Cheesecake topping.

Gourmet Brownie with Cheesecake Topping
Save Print
Prep time
15 mins
Cook time
37 mins
Total time
52 mins
These are so good no one will believe they are good for you too.
Author: Lisa Johnson
Recipe type: Dessert
Serves: 16
INGREDIENTS
METHOD
DK NOTES
NUTRITIONAL INFO

These are delish and only 3.5g net carbs per Gourmet Brownie with Cheesecake Topping.
3.3.3077
Use your tea strainer to dust your cocoa!


Granddaughter Hannah loves these brownies and was excited to help make them even better.  So I had her help make them and be my hand model in a few photos.  While these may not be our best effort for photos we had fun and she was amazed at all the photos and time it took.  Mainly because she was wanting to eat one and had to wait! 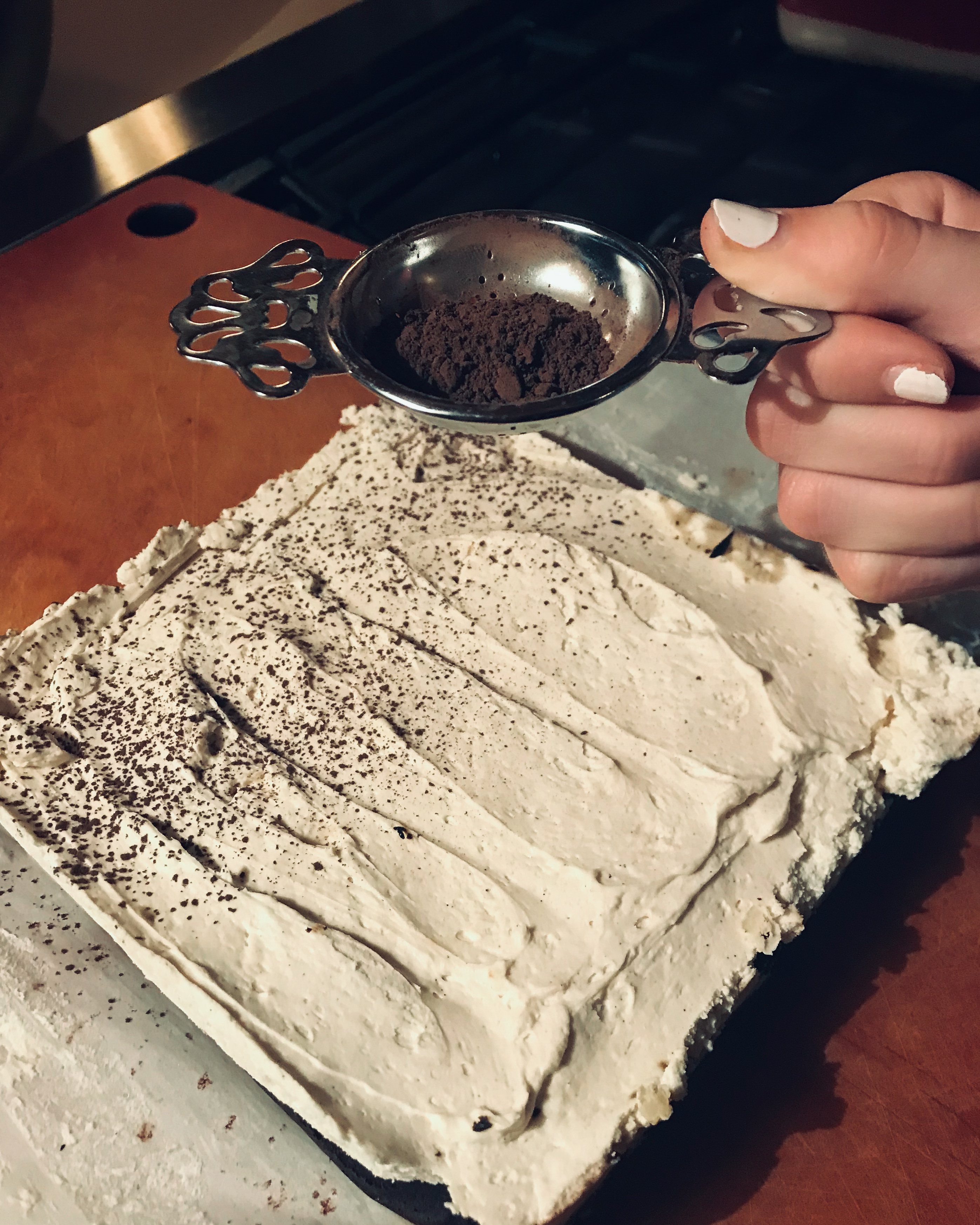 If you are serving these on a tray and want them to really look nice then here are a few tricks. I use my meat-slicing knife because it is designed to slice meat thin and it’s long. Now very carefully trim all four edges of the brownies. Now you have some treats for yourself. 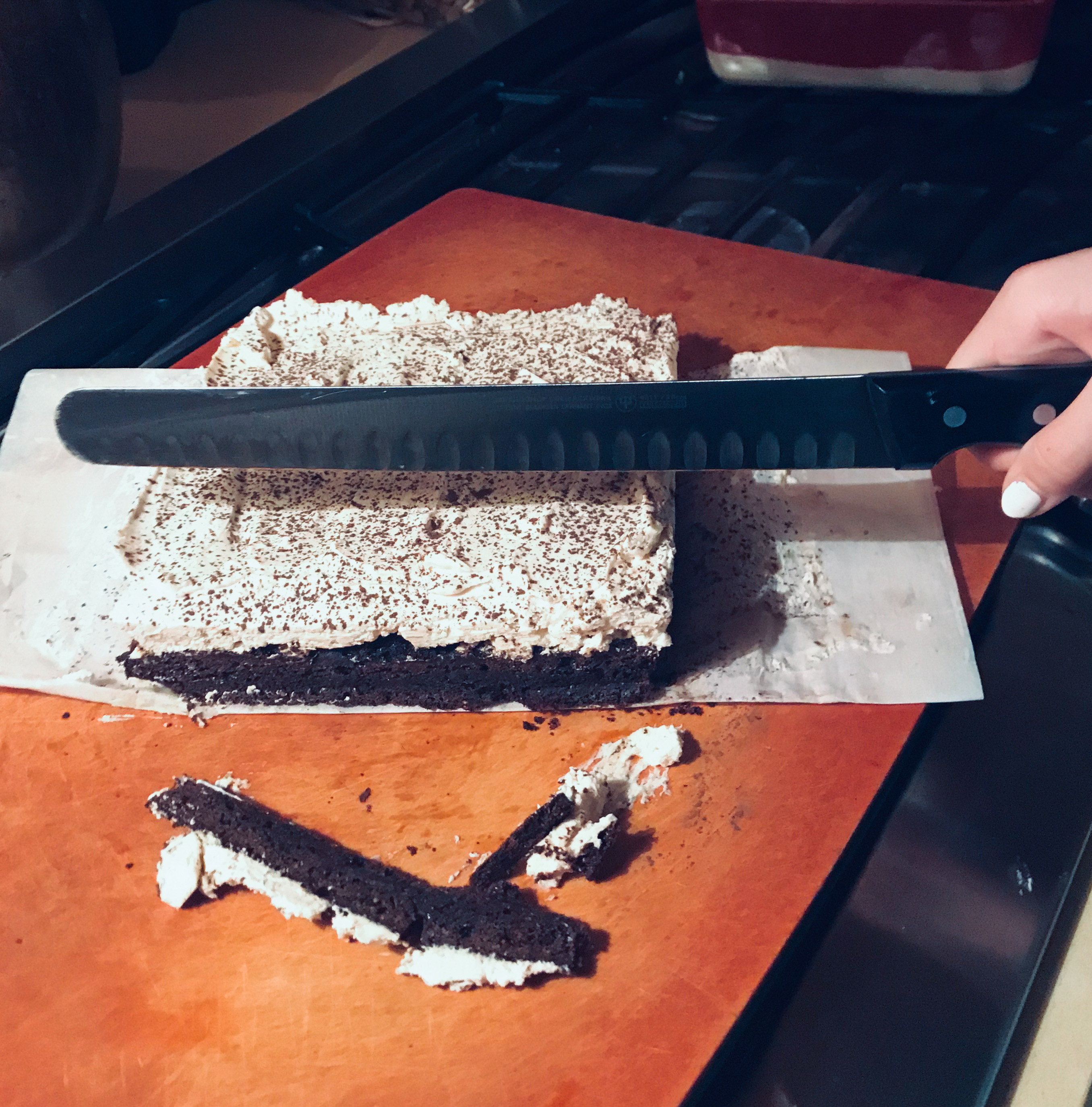 Between EACH cut you will wipe the knife clean otherwise you will have messy sides on the dessert.

Then cut down the middle and then cut each half in two. Now there are four strips of deliciousness. Turn the brownie using the parchment paper and do the same cuts again on the opposite side. Remember to WIPE the knife clean EACH cut so you don’t drag the residue on the knife thru the brownie as you cut it. 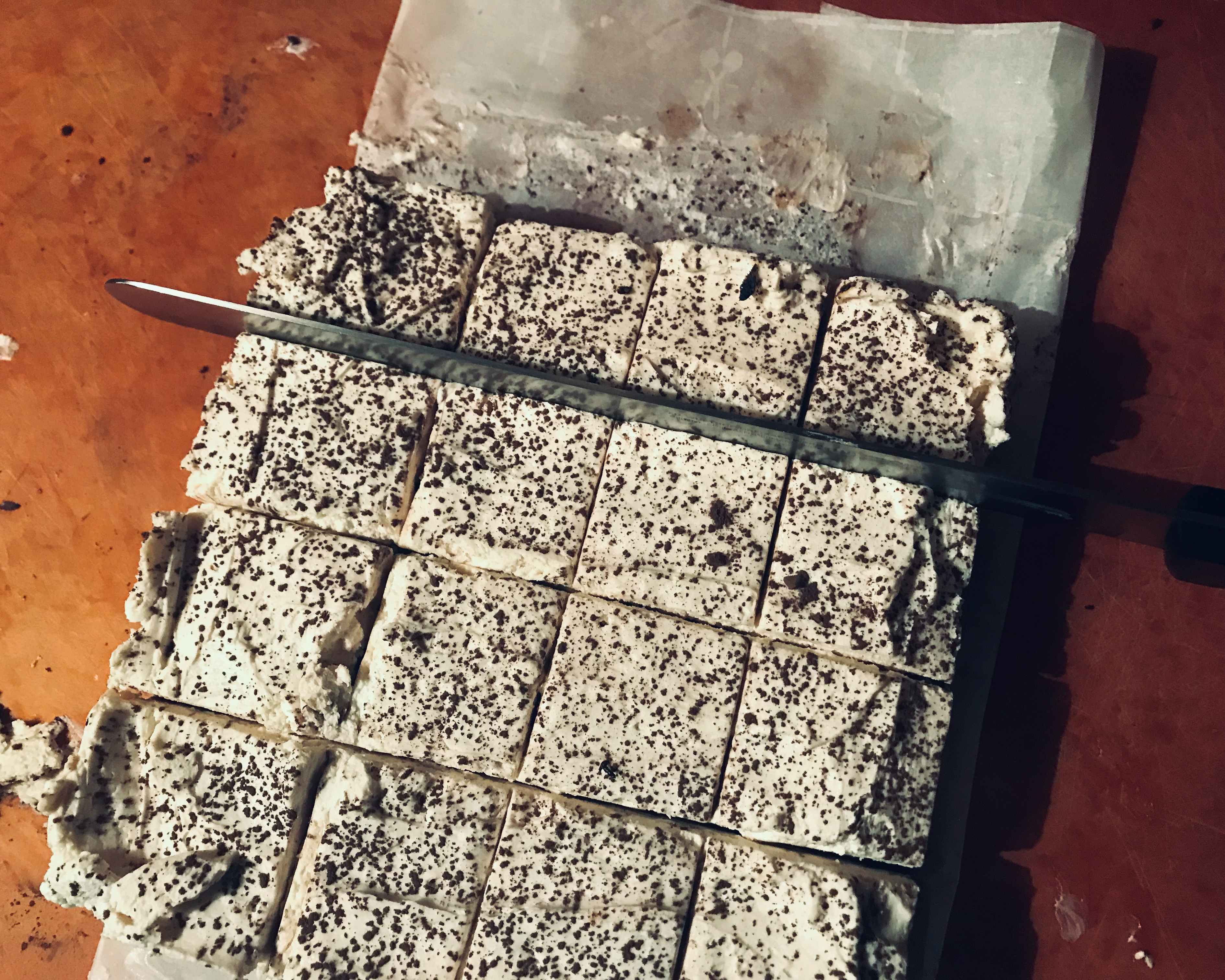 Now you have 16 squares that look even and nice for presentation on your platter.

These can be served immediately but are better after about 30 minutes so the cream cheese topping and the brownie isn’t as cold. 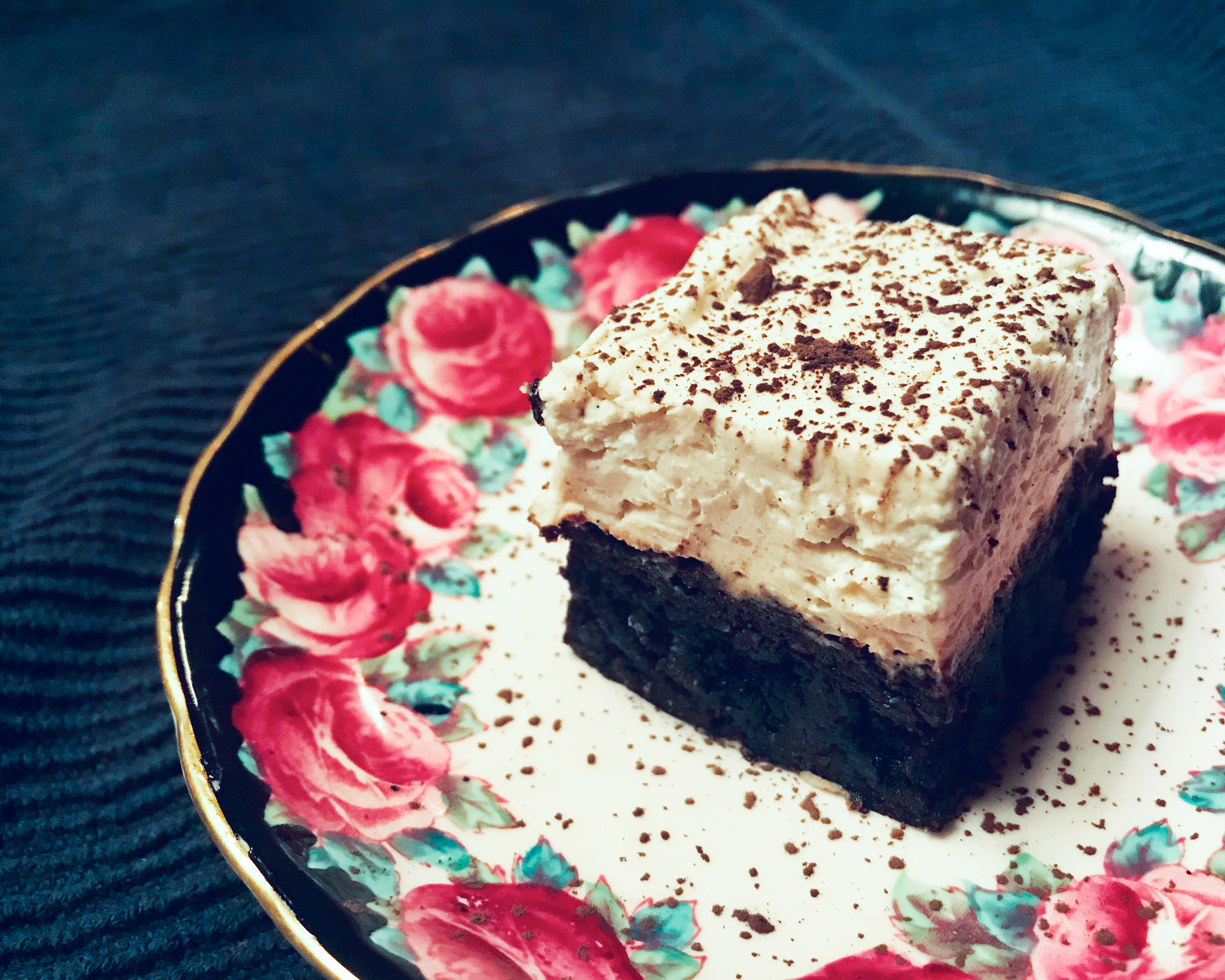 These will will be enjoyed by everyone and no one will know they are a guilt free indulgence. Click here to order Gourmet Chocolate Brownie Mix… 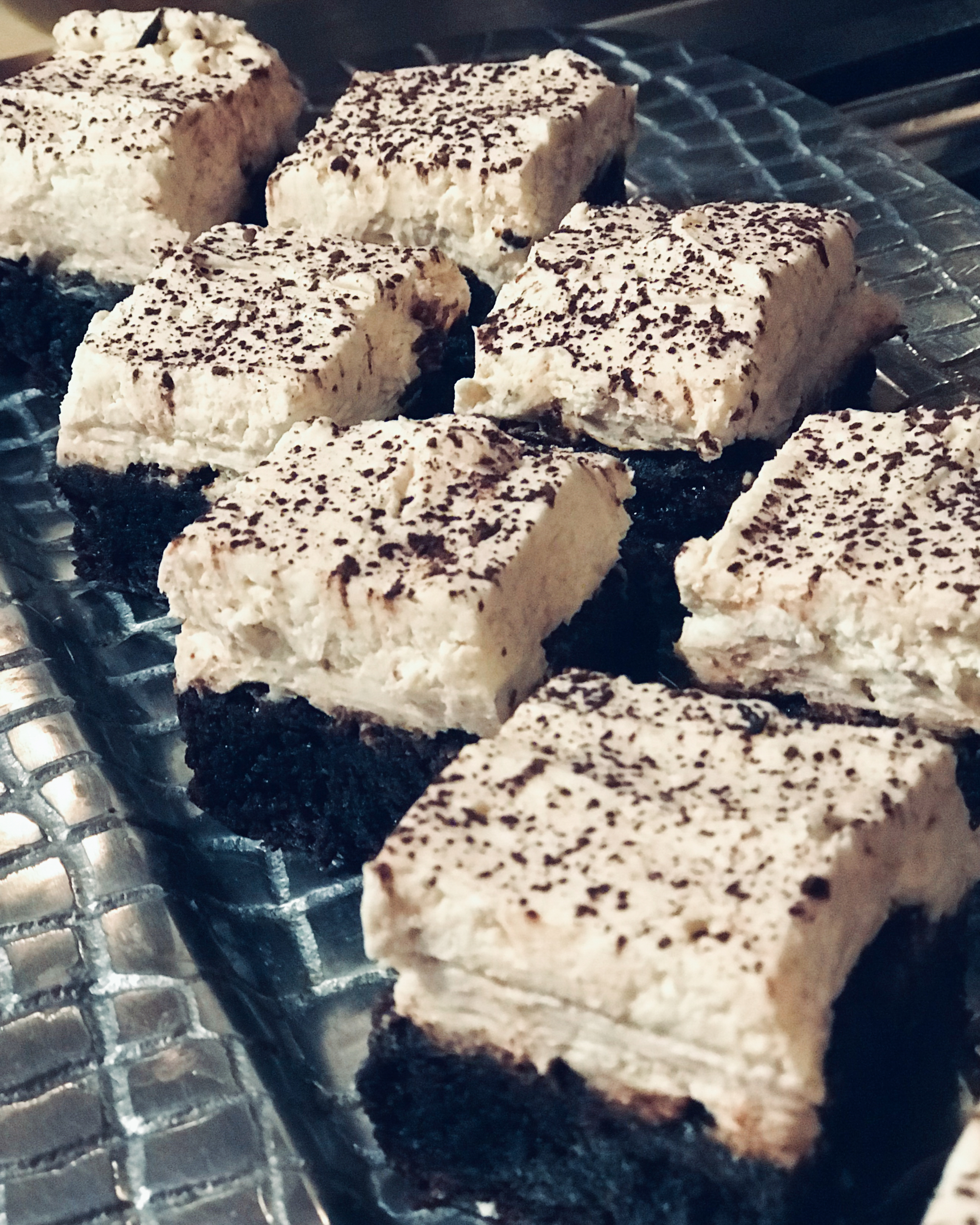