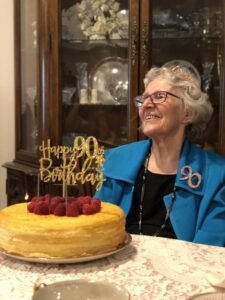 My mother loves custard.  I mean LOVES custard.  But at 90 years old she has gut issues.

Too much sugar and too much lactose at one time means lots of gut and gas pain.  Since I am visiting my parents for my dad’s birthday, we were eager to see if substituting the sugar with Diabetic Kitchen’s Sugar4Diabetics would taste as good and help her gut issues.  I didn’t tell her I was going to substitute the sugars.

My niece Hope made some custard for her.  When Hope told her she could have some freshly made custard, I wish I had a picture of her face!   It was like Christmas morning.  Her face was full of joy!

We served her the new updated custard in her cute pink custard dish (she loves pink) and after a couple of bites she said “what’s different?”  What can I say, she knows her custard!  Then I told her what we did. 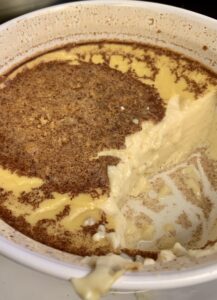 Hope and I were ecstatic because it was not going to slide by in the slightest if it wasn’t as good or better than what she has eaten for decades.

At that point, Hope decided to taste it and I thought I better try it myself even though I am NOT a custard fan.  I have to say we both really really liked it and gobbled down a serving.

Why did it taste better?

This custard had a softer sweetness.  Not less sweet just softer.  The custard flavor was actually the star of the dish instead of being sugar forward.

So I snapped a few candid iPhone pictures so you could see for yourself.

Custard is one of those foods that you either love or you don’t.  You might become a believer with this recipe. For those who thought your custard days were over …you can love it again … guilt and gut guilt free!

What is Sugar4Diabetics?  It’s a combination of Allulose and Monkfruit.   Read more information below the recipe.

UPDATE:   The next day we decided to make this with Cashew Milk.  One bite and I dumped it down the drain.  Then I decided to try it with Coconut Milk.

When I went to scoop and serve you could see that the coconut milk had separated on the bottom of the custard.  That was a disappointment.  But I tasted it anyway and WOW.  That was over the top.  But I figured I better let my mother taste this one.  I told her about the coconut milk separating and that I would have to figure out how to solve that.

She took a bite and said “STUNNING”.

I have to agree.  It was over the top amazing.

I found out through a collaborator Danielle that all coconut milk is not created equal.  Based on the stabilizers each brand uses some will separate when baking.  She shared the brand that she uses for baking with no issues.  Well that makes sense.  I used two different brands in my custard because that was what was in my mother pantry.

So off to the store I went to see if it was true.

I can say this I have never had coconut milk quite like this brand.  The cream on top of the coconut milk was firm.  I actually put 2 cans of coconut milk in a 4 cup measuring cup and then used my stick blender to mix it.  That is the creamiest coconut milk I have ever used.

So the brand is Native Forest by Edward & Sons Trading.  It’s organic, unsweetened, gluten free and in a BPA free can.

Third custard in less than 24 hours.  This better be the secret!

Well I goofed and bought the Coconut Milk that had Guar Gum in it and that is what makes it separate when baking.

Stay tuned for the results on the RIGHT Coconut Milk … in the mean time if you can tolerate lactose you must try with Whole Milk!

FYI:  Both the cashew milk and the coconut milk take longer to bake than whole milk. 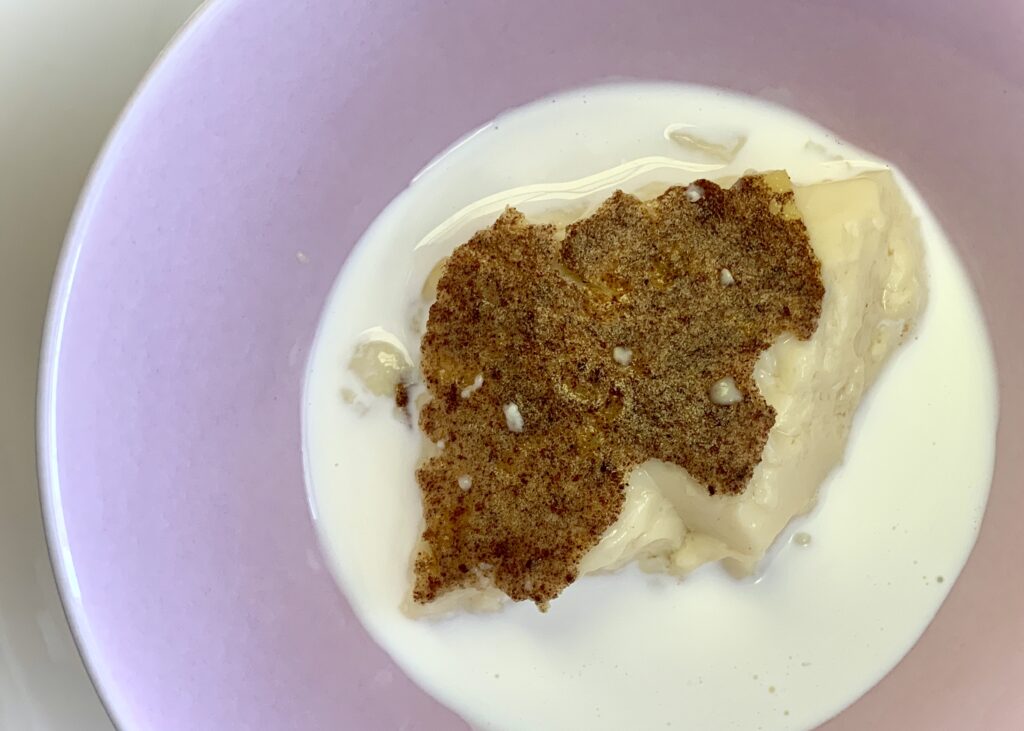 Allulose is an exciting new, nature-based sweetener that has almost zero calories while offering the same clean, sweet taste you expect from sugar.

The U.S. FDA has stated that, “Based on our review of the scientific evidence, we conclude that allulose is virtually unmetabolized in the human body.”

And that’s great news for anyone following a low carb or ketogenic diet.

Join Our Community on Social Media