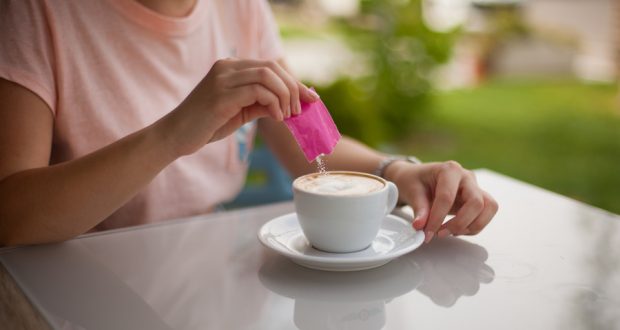 Nearly half of American adults consume artificial sweeteners on a daily basis. Not because they prefer the taste, but for the lack of calories. If something has less calories, it must be healthier… right? “Real” sugar is dangerous to your health, so artificial sweeteners must be better for you… right? Wrong on both counts!

While some may have heard rumblings of how artificial sweeteners are unhealthy, most have no idea the incredibly negative impacts these chemicals have on the body. It’s time to talk about some of the lesser known evils of these fake sugars.

Researchers at the University of Manitoba found that artificial, zero-calorie sweeteners had no consistent link to decreased body weight. Neither were there reductions in body mass index (BMI) or waist size. Instead, consumption of artificial sweeteners leads to weight gain. What causes this?

Artificial sweeteners prompt ‘reward’ signals in the brain. Just like with real sugar, the brain can become dependent and crave more. This can lead to increased consumption of higher calorie foods, causing weight gain.

Next, the taste buds can be deadened by artificial sweeteners. They affect our sense of what tastes ‘sweet’ and what does not. We can then be more likely to consume foods that contain sugar, making it nearly impossible to manage diabetes. I don’t know about you, but I’d rather taste the food I’m eating. Especially if I’m putting in so much effort to make good food choices!

Thirdly, individuals think that with a zero-calorie sweetener, they have calories to spare. This can encourage indulgence in foods (and portion sizes.) Quite frankly, packing on pounds has never sounded easier.

In case you didn’t catch that – these chemicals literally manipulate our brains, people! What’s worse, the damage doesn’t end with manipulation. Artificial sweeteners like Aspartame can increase risk for several chronic, even fatal diseases.

Aspartame (the leading artificial sweetener in diet sodas) has been linked to increased risk of cancers of the liver, lungs, brain, breast, and prostate. Not to mention increased risk of heart disease and stroke. Does anyone know the number one cause of death for diabetics? Heart disease.

Multiple research studies have also concluded that artificial sweeteners like Aspartame damage the neurological system. Aspartame has been found to damage brain cells and disrupt neuron function. Declines in learning ability and in emotional function have also been observed by researchers.

Alzheimer’s dementia is a heart-breaking disease. It robs an individual of their memories, decision making capabilities, the ability to communicate and even complete the most basic activities of daily living. Guess what? Artificial sweeteners like Aspartame increase risk of Alzheimer’s dementia and other neurodegenerative diseases.

Even when only consuming half of the FDA-approved “safe” amount of Aspartame, research participants experienced increased irritation, a decline in spatial orientation, and more frequent occurrences of depressive behavior. In 1993, study participants had such severe, negative responses to Aspartame, that the experiment had to be halted. Researchers recommended anyone with a history of mood disorders to avoid Aspartame completely due to the severity of the reactions observed in this study.

Along with our brains, the kidneys also have to process this poison. In individuals with initially healthy kidney function, drinking diet sodas was associated with a 30% greater reduction in kidney function compared to individuals who do not drink diet sodas. The study included over 3,000 participants and spanned 20 years.

How about a disease that affects the entire body? Fibromyalgia is a chronic pain disorder, with over 6 million sufferers here in the U.S. alone. Researchers found that by eliminating Aspartame and MSG (monosodium glutamate), participants enjoyed near complete relief of their symptoms in a matter of months. If participants consumed either ingredient after the study… fibromyalgia symptoms quickly returned.

Autism spectrum disorders are becoming more common every day, with researchers and physicians alike still scrambling to isolate the cause. One study found that women who were exposed to a chemical called dietary methanol (present in artificial sweeteners like Aspartame) had a significantly increased likelihood of giving birth to a child who developed autism.

So, with all of this research, how have artificial sweeteners remained so popular?  People still think they are making a ‘healthier choice.’ (The cheerfully colorful TV commercials certainly aren’t helping matters, either!)

The big manufacturers couldn’t be happier. They’ve spent millions in marketing their products as healthy alternatives to sugar. Their wallets are full, while our risk for deadly heath issues skyrockets. So, what’s the answer? Natural, zero-calorie sweeteners like monkfruit and stevia are a far safer choice.

The biggest key to long-term health is simple – eat real food. Quality nutrition means you get the best of both worlds; enjoying the healthy life we’re all striving for, while eating delicious food. And there’s absolutely nothing “artificial” about that! 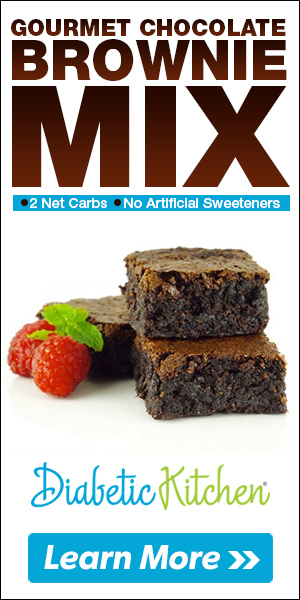